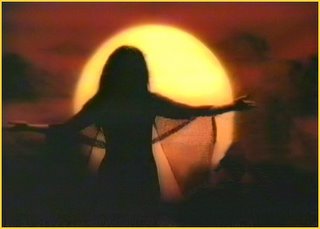 OK, that's one of the hardest songs I ever translated, it's might sound stupid or meaningless because it's was translated, and I believe that poetry loses it's power when it's translated.


Anyway this song was a massive hit in the year 1999 and Latifa (the performer) won many awards because of it, prince of Dubai Mohammed Bin Rashed Al Maktoom wrote a reply to the lyrics and dedicated it to Latifa!
The song about when you love someone and later you find out that he was acting that he or she loves you.
A mix of Rock guitar with Arab instrument "Mizwid", just amazing.
There was a rumor that this song based on a true story (Obviously a very bad love story) Latifa been through.
Song name: Kerihtak (I hated you) - كرهتك
Album: Wadeh (In the Arab world) aka Inchallah (Internationally) 1999 - واضح أو انشالله
Song genre: Rock/Arab pop/FolkloreSinger: Latifa - لطيفة
Lyrics by: Mansoor Al Shadi - منصور الشادي
Composed by: Salah Al Sharnoobi - صلاح الشرنوبي
Arranged by: Raymond GimenesTranslated by: RADIANT GUY (ME)

Your love is false, you have no conscience...
Yes I loved you, I adored you and now I hated you!
I hated you because you are just a mask and a play starring with agony!

You are a lie in the shape of an angel...
For many years and nights my life was devoted to you...
I am writing the story of your love with my tears while you are wiping it off with a pen's stroke!

You successfully won the bet of your friends...
And my love story became a joke which you shared with them...
Go and laugh with them until the morning and may God help me!

You've entered my life by a mistake...
You are just a selfish person and that's why I hated you without compromise...
Oh God, you are the compensation and the judge!
Your love is false, you have no conscience...
Yes I loved you, I adored you and now I hated you!
I hated you because you are just a mask and a play starring with agony! 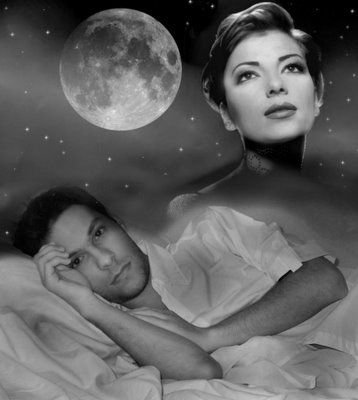 It's not the exact songs translation, It's very hard to translate Arab poetry so I had to modify it and change few things :Pp~

The song is made of three parts, in the first one she start complaining about things in indirect way, the second part she start blaming him gently and in the third part she welcome him back.

It's a great example of Khaleeji Tarab songs.

Song name: Yes'ed Sabahak (Good morning)
Album: Awqat (Released in the CD only) 2004
Singer: Asalah (Arabic script: اصالة)
Lyrics by: Prince Abdul-Rahman Bin Mosa'ad
Composed by: Sadiq Al Sha'er (Rumours says that the writer and the composer are the exact person, but he is using a nick name when he compose; since he is a prince)
Arranged by: Ameer Abdulmajeed

Good morning my love, I'm doing just OK...
Everything the way it's always been...
My tears still on my cheeks...
The pain still living in my chest...
The safeness still gone since the day you left...
The sleepless nights are being repeated over and over...
Despair refusing to leave me alone...
My eyes are bleeding with tears...
Even the wounds which you caused still staying in my heart...
And my lips still repeating the words which we said the last time we met...
I am doing just OK...
Good morning my love...


It's typical of you, whenever I felt that the whole world is collapsing around me you just disappear and whenever you felt that the world is collapsing around you; you'll return to me!
It's typical of you...You always return in the right time; when I don't need you anymore!
Can you see now?
Everything the way it's always been...
Good morning my love...

Is that the light of the morning or it's yours?
Is that the warmth of the roses or it's yours?
I don't know whether I should spread my precious tears on your shoulder or just walk away?
Can you see it now my soul's love?
Everything the way it's always been...
Good morning my love..
By radiantguy.com No comments: 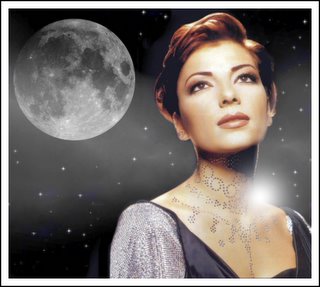 This song released in the year 2004, at the time I was addicted on it; I just couldn't stop listening to it!
Very great and unique topic!
Don't you agree?

Lyrics by: I DON'T KNOW

Translated by: RADIANT GUY (ME)

He is truly missing you; he came back because he really needs to be with you.

No please, go back and tell him I refused.

This time I am truly tired.

I will not return to him even if he dropped dead.

I swear I will not return to him.

Just try to stand him abit.

Why you want to broke up with him?

Just calm down Asalah and pray for God to show him the right way.

I used to be patient and I always used to say:

"I have to accept my bad luck in love and my destiny"And who says "Be patient to get what you want", I swear if he knew me; he would take his word back.

Even if I became weak and sick; I'll still act proud until I became strong and walk away of him.

So what if I became lonely? Since when anybody stood beside me to support me and wipe my tears?