Starting 1st of September 2007, Kuwait is shifting the weekend from Thursday and Friday to Friday and Saturday.

So this weekend is going to be 3 days instead of two days Thursday, Friday and Saturday that's why I am happy...At least for now :+ PEARLY NIGHT
Originally uploaded by radiant guy
I passed by that place zillion times and in each time I wanted to stop to snap some shots but I never did until now when I bought my first DSLR I though to do it.

So for the last 3 weeks I wanted to go in early morning to photograph that place but I had no company, eventually I decided to do it alone on last weekend.

I think this was the most dangerous photo session I ever did...I had to stop on a highway during the night, I thought a car would hit me or a sniper would shot me any second LOL

That is a secure area surrounded with two high voltage fences, it's a huge area to the point that I couldn't even take several photos of it to make a panorama of it, it's located in south of Kuwait and contains a port (Shu'aiba port) which serves the South part of Kuwait city, Aromatics factory, Oil refinery, EQUATE petrochemicals Co., Kuwait national petroleum company and others...It looks way prettier in real life than that photo but I just couldn't do it because (as far as I think) it's not ok to take photos there and I couldn't resist it :D
By radiantguy.com No comments:

Songs I've been listening to these days...

I also been listening to Shams's album, I never thought I would but her album's promotions were everywhere in Kuwait so I did listen to it and I do like some songs of it!
By radiantguy.com No comments:

Email ThisBlogThis!Share to TwitterShare to FacebookShare to Pinterest
التسميات: Music

I've been using a great program recently called Launchy...If you want to run certain program, play MP3 file or search the internet, all what you have to do pressing ALT + Space to activate the program then type whatever you want to tun it!

Try it, I bet you will love it the way I do or maybe more!
جربه, انا متأكد انك راح تحبه مثل ما انا حبيته او حتى اكثر! Well, yesterday (Sat.) early morning around 2 A.M., I was in my room (third floor) on my bed working on a new project when my bed begun to shake and I looked exactly like this ---> :S
ما خليت آيه حفظونا اياها بالمدرسة ما قلتها LOL
I had no idea what was going on, I though USA initiated a new war or invaded a new country in the region or something.

Anway later I went down stairs and asked my little brother if he felt it, he replied NO and laughed, then I went to my mother and asked her too, she thought I was kidding.

On the moring while I was driving to work, they were talking about it on the radio and that's when I knew it was an earthquake ~:O

We never have them in Kuwait or at least we can't feel them when they happen but this one was 4.3-magnitude earthquake, I guess that's why I felt it.
By radiantguy.com No comments: 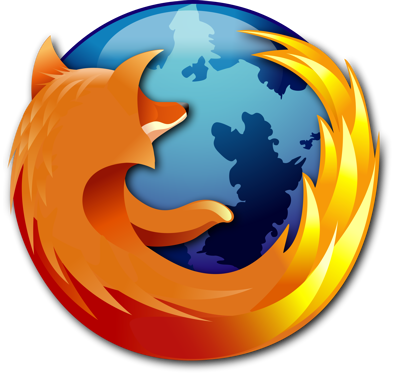 These are my favorite Firefox extensions and add-ons arranged in importance order, top is best and that's according to me :D
هذه قائمة بأفضل إضافات لمتصفح فايرفوكس مرتبه حسب اهميتها بالنسبة لي :> 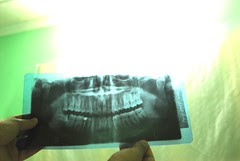 CHEESE!
Originally uploaded by radiant guy
What a great weekend...
It begun with a car accident and then I had to extract my wisdom tooth, yeah yeah I do have 4 of them although I am still 14 years old :Pp!

It begun when I felt like electric pulses are moving from my gum to my brain, it's hurts like hell...I thought it was because of the route canal treatment I had months ago.
So I went to the dentist and he checked the x-rays of the tooth but he said that it was fine, i replied if it was fine why it hurts like hell?
So...He used a metallic tool to bang on my tooth, then he asked if it hurts?
I said well, I feel nothing because I just had 3 different kinds of pain killers LOL

He asked me to take a second x-ray for my both jaws and I did, and that's when I noticed the wisdom tooth was pressing on my other teeth :+

Plus 3/4 of it was buried in the gum so I had to preform a surgery to extract it :(
Then he told me that I have big teeth and my wisdom tooth didn't find enough space to pop up correctly and now it's pressing against my nerve. And that probably the reason of my 2 years old - constant - headache which I already had an appointment for on 20th of August in the nerve hospital but I probably will not go.

Anyway way I had an appointment to extract it and I just did, I could open my mouth widely for the next 48 hours....Currently I have a endless pain, 2 stitches in my gum and a tiny headache. 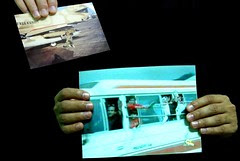 Today, 17 years ago...
Originally uploaded by radiant guy
On 2nd of August 1990, Iraq invaded Kuwait...At the time I was 8 years old (currently I am 14 years old) yet I do remember certain things vividly.
17 years ago I wake up around 10 A.M., I found my family all a wake and looking through the windows, when I asked what's wrong?
They said Iraq invaded us...I looked through the window and I saw columns of smoke everywhere raising in the sky with bombing noise which I already heard earlier but I didn't know what was it at the time.

I do remember that day when my father came back home with my brother, a bullet almost
hit his car's tire.

I also remember my aunt (my mother's sister), she used to record stuff from TV and get them to us so we can watch it, because their house is closer to Saudi Arabia so they can get better TV signals, she used to write "Om Kalthoum" (She is a dead singer) on the VHS tapes to pass through the Iraqi check points.

I also remember when the Iraqi army blown up more than 600 oil fields (more than 1 billion barrels were either spilled in the sea or burned), the sky at 1 P.M. was more like 1 A.M. except there was no moon or stars!

The photo above of my uncle, he wrote our names on the missile as a gift from us to the army of Saddam.

The photo below is a snapshot from Kuwait TV (As seen on many Kuwaiti patriotic songs), my father was driving a school bus with almost everybody in our neighborhood on board, we had a road trip on the liberation day (26th of February 1991) to the north, I am the one in red.

Currently If you visited Kuwait, You will not
realize that a war took place here.