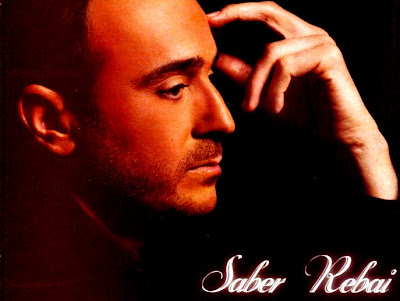 What a beautiful touching song of hope and pain, I think every human being no matter where he or she from can relate to that song.
By now you'll notice that I rarely listen or like songs by male singers...And I do have a point of view about that which is thinking that female singers can deliver emotions in a song better than a male singer.

The performer of this song is an exception, probably he is the only male singer who makes me "see" the pain in his performance.

I had a hard time trying to translate this song because I didn't want to lose the powerful meanings in each phrase since Arabic poetry's point of strength (in my opinion) is figure speeches.

My very favorite parts of the songs is the second and third.

Everything in the universe is heading to an end...
Except good words will remain the way echo does...
Only if you understand the meaning of good words

What do I have so you envy me?
Expect agony which was caused by you in the first place!
Don't let my silence fool you...
I am hiding a scream which will frightens a volcano!
Don't let my smiles fool you...
Sometimes I smile as a result of sadness!

I wanted to cry loudly...
I wanted to run and surpass everything including the wind...
No...I don't care if I tripped and fall down...
All what I care about to run away of my sadness...
I know the road will be hard to pass, but I will walk it all the way till the end

Hey road of patience, "travel" (figure speech for being a lone) is taking so long...
We've lost many golden years of our lives while we don't notice it

Whenever you are depressed 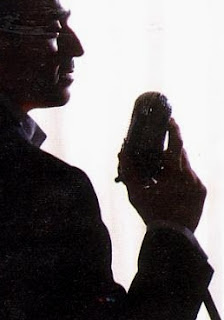 Another great song by Saber Rebai'e and the duet (composer and writer) Waleed Sa'ad and Hani Abdulkareem...
This song was my favorite song of Saber's 2007 album, I was listening to it non stop for so long, I even had it as my cellphone's ringtone.

The other day I was watching him with the host "Hala Sarhan" (هالة سرحان) and she said that he cried in the studio while he was singing this song...He said that was true he got emotional when he was singing a specific phrase so he wanted to redo it but they confessed him to use the one with the crying part and he did actually release it that way...You can hear that part in the audio track at 1:23 minutes.

I am glad he decided to shot this song among the others from his 2007 album.

I always support you against day (in your bad days), but when destiny smiles to you and take your side...
You instantly forget all about me while I pray for God to look after you

Whenever you are depressed...You always want me to stick around...
Whenever you are fine...You consider my faithfulness a burden which you want to get rid off...
In both ways I remain silent, I don't want to forget you nor I want to!

People says when a lover can't tolerate his beloved one anymore, he will not love him but will not hate him either...
But I already can't tolerate it anymore yet I can't hate you nor stop loving you! 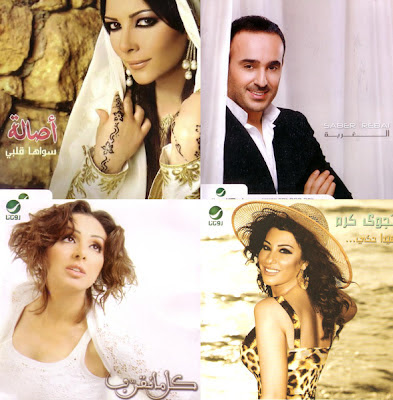 CD covers (from left to right/ top to bottom) Asalah, Saber Rebai, Angham, Najwa Karam
Najwa'a 2007 album released recently, I loved two songs of it only and they are "Ana Rooh" (I am a soul) and "Raji'e Tes'al A Meen" (Why you are back?).

One week later Angham's 2007 was released and I loved most of it but there is one song that I loved the most and it is "Ghayyartini" (You've changed me).

Then Asalah's 2007 album released and I think the title song "Sawwaha Qalbi" (My heart betrayed me!) is going to be a smash hit :D
I loved almost every single song in the album.

And now Saber Rebai released his 2007 album and I didn't have the chance to listen to it more often but I still can tell that it is great. Currently my favorite song of it called "Dhaqat Beek".
By radiantguy.com No comments: