BIG HUG FOR UNCLE RADIANT GUY
Originally uploaded by radiant guy.
My sister is back, so I don't have to baby sit them anymore

Photo. Me hugging my little niece, it's looks like a dream, isn't it?
By radiantguy.com No comments: 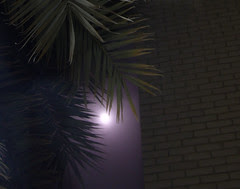 My uncle (my mother's little brother) passed away yesterday, he is been through a lot during his short life time…Been treated badly by his step mother, his father, step brothers, step sisters, wife, his other brothers and sisters except my mother!
He is a man with a special need (disabled physically not mentally), no body wanted to be around him, everybody was rejecting him. Been living in our house for the last two years but since the last few months he started to be lonely, sometimes he seemed that he was pushing away some kind of invisible bad people or maybe Devils. (Sent by his witch step mother, YES a witch, it's mentioned in the holly book and I do believe in it although no one saw a ghost and that's only because the science couldn't invent the right equipments yet and probably never will).
Anyway the last two months or so, he preferred to be lonely, he just started to obviate us including my mother (his sister) whose been the closest person in the whole world to him…he was ignoring us and locking his room's door.
We didn't found out that he passed away until few days later when my father was watering the trees and he noticed a weird smell!

Wednesday 7th of June 2006, is the worst day in our life, my mother almost had a nerve breakdown, she can't stop crying since then, she is blaming her self and she thinks that she treated him badly, my sister and brothers seemed hopeless, my father blood sugar increased (diabetes).

Step brother and his wife, two step sister, his father and his step mother (most of them I've never saw in my life) came to our house when they found out trying to tear up like they really care!
Step brother and step sister were disrespecting my mother and that's when I lost my mind and kicked them all out, my (so called) grand father is over 70 maybe 80 or 20010 (who cares?!) was swearing, I told him shut up or I would slap you on the face!
They were fighting us in our own house!
My father, my brother and I were kicking them all out while my sister and mother were trying to prevent us (They didn't want us to perpetrate a crime and lose our furure on bunch os bu** holes), I was extremely furious...Screaming get out of here because rubbish such as you belongs to the street you whor*s!
I mentioned many words I've never did before.

As soon as they all gone, my heart almost popped out of my chest, my body was shaking, I couldn't breath, my vision was gone partially (but never told my family about that and thank god they didn't notice I didn't want to cause more depression), and my legs were paralyzed.
I always have that condition when ever I am really mad or really depressed that's why I try to control my self not to reach that point by making jokes of everything and make others laugh if I could (perhaps some flickrists noticed that through my comments and/or photos descriptions).

No one of my family including my mother (his closest relative) went to the memorial ceremony because we didn't want to make a big scene with the others and we wanted him to rest in peace (at least eventually) :(