Making of a photo session few years ago of my favorite perfume which was discontinued, I thought i lost this video with my HDD.

I used three Nikon SB-800 speedlights, one with blue gel placed behind the background and the other one with green gel...Both of them slaved for the third SB-800 which was placed under a white umbrella and connected to the camera's hot-shoe using a cable
Photographed with a Nikon lens 50mm F 1.8 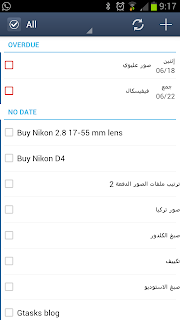 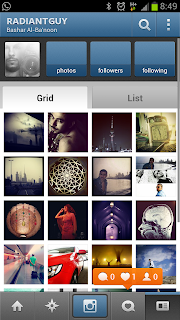 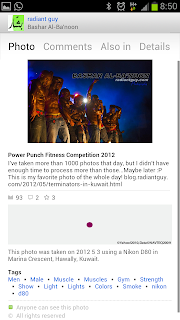 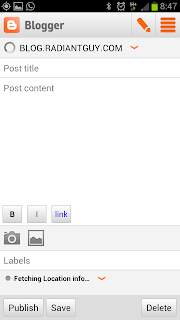 No they are not LOL 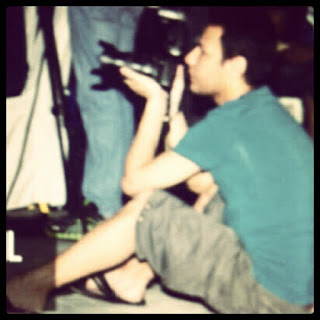 It’s just a photo session I recently done, I thought it would be a silly event but it ended up great, I loved the lighting the everything about the location…I ended up with some amazing artistic portraits I am currently processing.
(On the right a photo by me taken by paparazzi)

The event took place in Marina Mall on 3rd of May 2012, I thought it was going to be just a regular exhibition since the creator of the event didn’t give me much details (as usual) but it ended up to be a fitness competition titled Power Punch…I am so excited about the portraits I’ve taken to the point where I almost asked some of the competitors to pose for me which is a thing I NEVER DO LOL 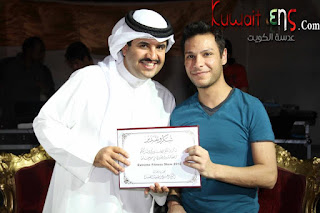 The event was sponsored by Gym Punch and Shaikh Duaij Al Khalifa Al Sabah who honored me for covering the event...I said that i don't want to step forward and accept it but the guy behind me kept pushing me to go for it LOL

By the way do you like the logo thing I used or I should just use plain text as usual?

Me on Marina FM

Recently I've been listening to the new song of Asalah non-stop, in the car, at home and office...So i am not listening to Nagham Al Sabah on Marina FM or Dewaniya.

When i got to work, everyboday told me that they mentioned that on the air, it's been 2 days now and people at work still talking about it LOL
By radiantguy.com No comments: