For the past few years, I've been going with some friends to a remote area in the south of Kuwait called "Al Zoor" (very close to Saudi/Kuwaiti border) to swim in the crystal clear sea, clear as you can see your shadow on the floor with jelly fish belly break around it (I am not kidding I did see jelly fish for real that day, they even bit me LOL... I ment ouch not LOL)!
The sea in Kuwait could be separated into 3 groups, North sea, Kuwait city sea and South sea.
- The north sea is muddy, you can not swim over there.
- Kuwait city sea is better than the north but the water isn't clear.
- The south sea (and some Kuwaiti islands) are the best place for swimming, the water is crystal clear, or Diamond clear!
This year I and my friend had a road trip to the south of Kuwait to find a new swimming spot since our usual one was closed, a Saudi oil company took over the place...It made me furious, Saudi Arabia is larger than probably 8275634972349 times...They don't need a free spot somewhere else to build whatever they want.
Other places around that spot are owned by Kuwaiti citizens, and no one can swim there and it's crowded with beach houses.
Now If you want to swim in a clean and clear water, you should own a beach house in the South of Kuwait or a Yacht to take you for an island such as "Kubbar" or "Qarooh".
It's way cheaper to travel abroad and enjoy the beach in South east Asia or maybe Madagascar and I am not talking about the cartoon which I and my 3 years old niece really love.
Photo above is unposed photo of me taken by a friend while I was fixing my stupid swimsuit :+
I've taken tons of photo but they doesn't show the water's clarity as this one.
By radiantguy.com 1 comment:

IN THE BEACH
Originally uploaded by radiant guy
So...last weekend I was going with some friends to the beach but they didn't go...So I decided to go alone with my MP3 player.
Some people thinks that I was bored, think again :Pp~

Anyway I had my camera with me and I decided to shoot a small video file...Many people already saw tons of my photos everywhere in the Internet but no body saw me chewing gum on the beach yet LOL

I created the video file and uploaded it on Google video, I also added a song that I really loved from Latifa's last album. The audio file length was longer than the video file so I added some photos...

Any idea what is this? 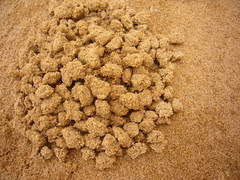 Any idea what is this?
Originally uploaded by radiant guy
It's really weird thing, I never knew about :+

That photo was taken on the beach one I went with a friend to their beach house 2 weeks ago....We had a walk on the beach and I saw some holes in the sand with those balls next to them, I asked him those balls looks great but what are they?!

He said cancers digs the sand then they get out of the hole throw these balls of sand out then go back again digging!
By radiantguy.com 1 comment: 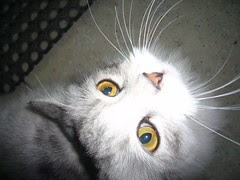 A CAT
Originally uploaded by radiant guy.
Isn't she pretty?
It's been awhile since the last time I heard from her, she never call nor mail me :( 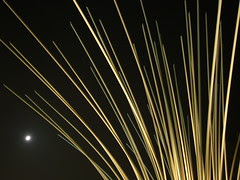 Recognize this?
Originally uploaded by radiant guy.
I passed by that thing probably 1209873249873298 times, and in every single time I wanted to stop and take some photos but I never did until recently.
Hint: You will not figure it out unless you were Kuwaiti, probably some Kuwaities won't recognize it either LOL
By radiantguy.com 2 comments: 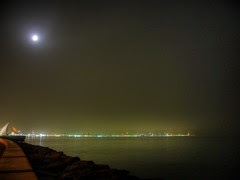 MOON OF KUWAIT [HDR]
Originally uploaded by radiant guy.
I was in the mood for HDR, it's been awhile since my last one....So I've been taking many photos with different exposures for the past 2 months. I just processed most of them and I am going to upload them later. Here is the first one.
By radiantguy.com No comments: 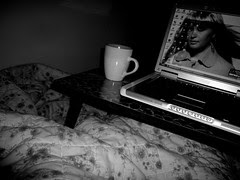 In the mood
Originally uploaded by radiant guy.
Lights off...
Covering my self with a blanket...
My laptop on the table...
And my hot milk mug next to it...

This is my definition of a great night

BTW...I would like to thank my father or my mother who bought that table for me LOL
By radiantguy.com 2 comments:

Recognize any of these people?

Recognize any of these people?
Originally uploaded by radiant guy.
Right to Left... Kuwaiti singer/actress "Maram", Me, Actress "Yelda" and a Philippino women :D

We met them in a shopping mall, they were going to shoot a TV show so we asked them for some photos and they said OK :+
BTW I love Maram's song "Helafli" but I feel that song didn't be popular as it should be :(

Music video of the song is very sad, about when someone lose his mother.
It begins with a different song, going out with his wife...But later it becomes dramatic and melancholic :(

Note. I wanted to add the full translation of this song but I don't really get every single Lebanese word :+

She left and took my happiness with her...
Even didn't leave me one smile...
The stairs were chocked and the door was crying!
Have you ever seen a crying door?
By radiantguy.com No comments: 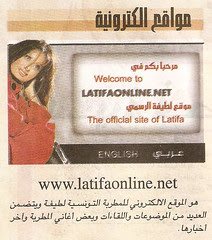 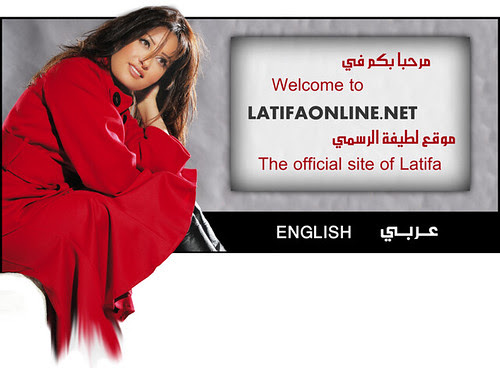