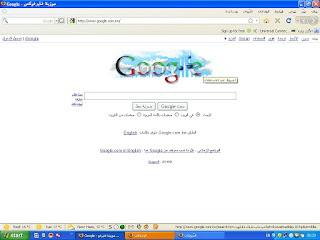 Update (31st of January 2010) Google posts in their Arabic blog about human error and they are going to create a new logo on 25th of February and that would make Kuwait the first country with two different logos!
By radiantguy.com